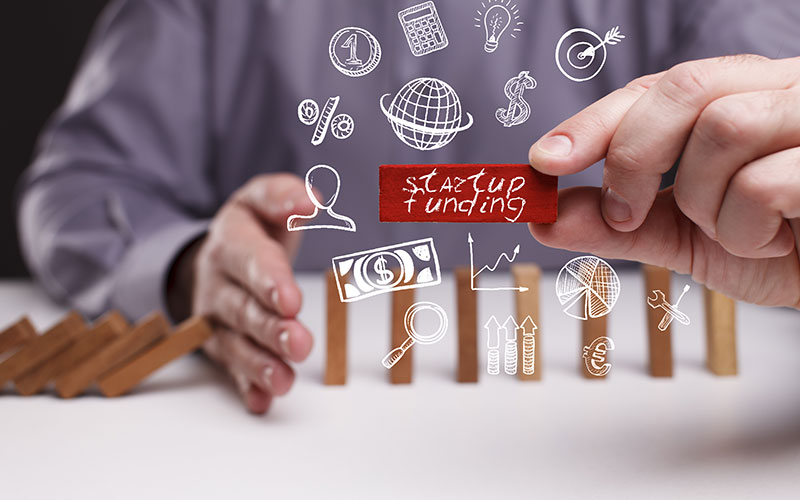 Startup Fund also known as seed funding or seed capital, is a form of securities offering in which an investor invests capital in a startup company in exchange for an equity stake or convertible note stake in the company. The term seed suggests that this is a very early investment, meant to support the business until it can generate cash of its own or until it is ready for further investments. Seed money options include friends and family funding, seed venture capital funds, angel funding, and crowdfunding.

Seed capital can be distinguished from venture capital in that venture capital investments tend to come from institutional investors, involve significantly more money, are arm's length transactions, and involve much

greater complexity in the contracts and corporate structure accompanying the investment. Seed funding involves a higher risk than normal venture capital funding since the investor does not see any existing projects to evaluate for funding. Hence, the investments made are usually lower (in the tens of thousands to the hundreds of thousands of dollars range) as against normal venture capital investment (in the hundreds of thousands to the millions of dollars range), for similar levels of stake in the company. Seed funding can be raised online using equity crowdfunding platforms such as SeedInvest, Seeders and Angels Den. Investors make their decision whether to fund a project based on the perceived strength of the idea and the capabilities, skills and history of the founders.

From an investors point of view there are 6 phases of investment; Self Funding (otherwise known as "Bootstrapping"), Friends and Family, Seed, Growth (otherwise known as "Early Stage"), Expansion, and Mezzanine. Series A funding, (also known as Series A financing or Series A investment) means the first venture capital funding for a startup. The Series A funding round follows a startup company's seed round and precedes the Series B Funding round. "Series A" refers to the class of preferred stock sold. In general, angel investors expect to get their money back within 5 to 7 years with an annualized internal rate of return (“IRR”) of 20% to 40%. More commonly investors will be paid back in relation to their equity in the company, or the amount of the business that they own based on their investment. This can be repaid strictly based on the amount that they own, or it can be done by what is referred to as preferred payments.